During the four-day conference, world leaders, ministers of trade, leading economists and heads of UN agencies and global financial institutions called for a new development model, with socioeconomic transformation and sustainability at its centre. 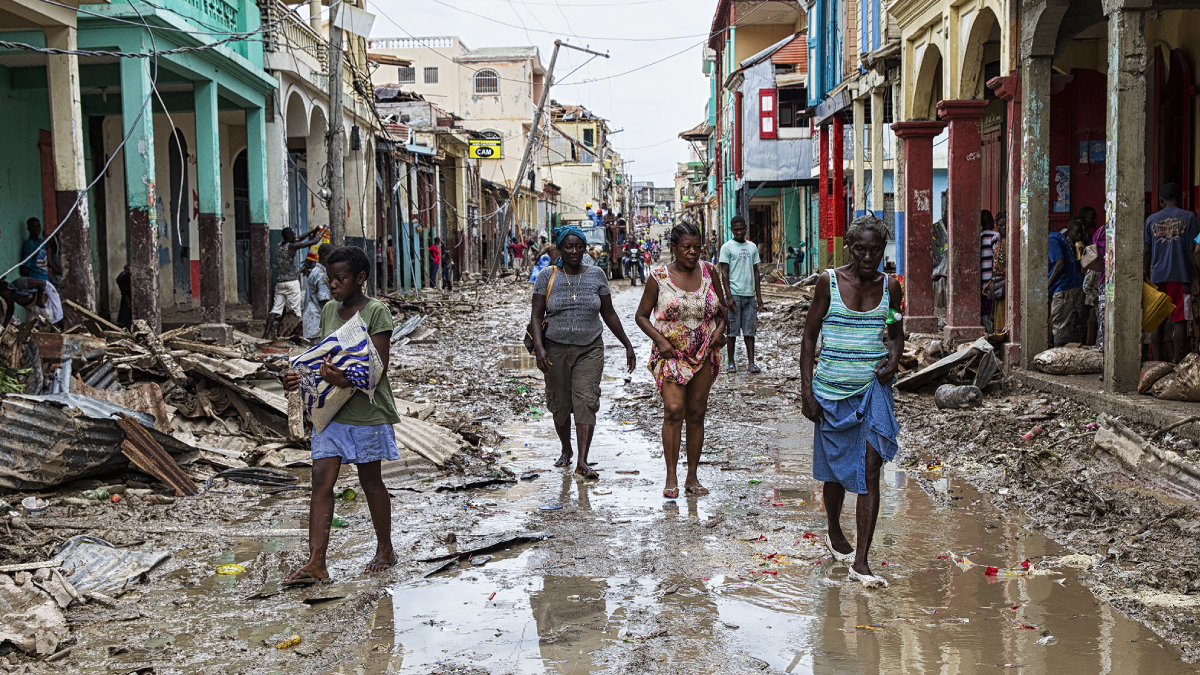 UNCTAD’s 15th quadrennial conference (UNCTAD15) held 3 to 7 October adopted an agreement to promote inclusive and resilient economic recovery in developing countries as they grapple with unequal access to COVID-19 vaccines, a debt crisis, the climate emergency and other unprecedented challenges.

Secretary-General Grynspan commended the organization’s member states for their multilateral spirit and leadership in reaching agreement and offering hope to developing countries struggling to recover from the COVID-19 pandemic that is intersecting with other structural challenges.

“Today we witness an unprecedented moment for the UN’s work in using trade to achieve the Sustainable Development Goals. The actions agreed at UNCTAD15 will enable us all to move in a new direction towards greater equality, sustainability and economic resilience,” Ms. Grynspan said.

Secretary-General Guterres pointed out four glaring challenges, which if not addressed would make any notion of prosperity for all a distant dream. “Debt distress. Systems starved for investment. Unfair trade. And a climate emergency that leaves small island developing states like Barbados perilously vulnerable,” he said.

To tackle the debt crisis, he called for an urgent four-point debt crisis action plan. “We know national budgets are being stretched thin by COVID-19, so we must push for an immediate expansion of liquidity for the countries in greatest need,” he said.

Prime Minister Mottley urged the international community to consider the reality of the developing world and of small island developing states, especially their exposure to the climate crisis - which doesn’t result from their own doing - the need for greater funding for adaptation to the worsening impacts of climate change and management of debt.

President Kenyatta urged the global community to come together to work towards a functional multilateral system. “No single government or multilateral agency can address global threats alone,” he said. “We must work together in solidarity if we are to succeed.”

Historic conference at a critical moment of rising inequalities

It was the first time that the UN’s key global conference on trade and development took place in a small island developing state, in a virtual format with events in Barbados, Geneva and 16 developing countries, steered by women – Secretary-General Grynspan as head of UNCTAD and Prime Minister Mottley as president of the conference. About 5,300 participants connected from more than 140 countries.

During the four-day conference, world leaders, ministers of trade, leading economists and heads of UN agencies and leading global financial institutions agreed that the pandemic’s economic impact had fallen disproportionately on developing countries, which were already more vulnerable before the crisis and now face an even more challenging road to recovery.

Ms. Grynspan warned that the pandemic’s economic fallout posed a real threat of a “lost decade” for vulnerable countries and communities. Avoiding this requires a new development model, with socioeconomic transformation and sustainability at its centre. It will also require strengthening the multilateral system and a strong commitment to reach new agreements on global economic governance, trade, investment, debt, financing and international cooperation to address the impacts of climate change.

UNCTAD’s 195 member states adopted the Bridgetown Covenant, which outlines a roadmap for transforming economies through economic diversification; addressing unsustainable debt burdens in developing countries; making economies more sustainable and resilient; improving how development is financed; and reimaging how multilateralism will function in the future.

It highlights the most unprecedented of circumstances in which UNCTAD15 took place, recognizing both the terrible death toll of COVID-19 worldwide, the millions of people who’ve been pushed into extreme poverty by the pandemic and the underlying inequalities within and between many developing countries.

It underscores the need to reinvigorate and revitalize UNCTAD’s intergovernmental mechanism, acknowledging the role of the UN as the appropriate forum for multilateral dialogue on sustainable development due to its universal membership, and the commitment to have sustainable development at the centre of all processes – at the multilateral, regional and bilateral levels.

It also recognizes the key role of UNCTAD on issues related to illicit trade and illicit financial flows, and outlines some paths forward on tackling debt vulnerabilities.

The document also outlines the political dimensions of issues such as tax cooperation linked to fighting illicit financial flows and ensuring that international measures on tax transparency, anti-money laundering and combating the financing of terrorism are applied in a non-discriminatory, fair and balanced manner, with member states envisaging a role for UNCTAD in tackling these.

Member states also adopted UNCTAD15’s political declaration, known as the Spirit of Speightstown, prepared under the responsibility of the Government of Barbados. It notes that “full global recovery will not be possible without enhanced international cooperation and until the pandemic subsides in each and every country.”

The declaration says the global crisis offers countries an opportunity to redouble their efforts to move from existing inequality and vulnerability to prosperity for all. It warns that business as usual will not enable the world economy to bounce back, avert further environmental degradation or ensure all people can live in dignity, let alone keep development on track.