Entrepreneurship can mean more freedom for women according to the first Latin-American advocate of eTrade for All, an initiative developed by UNCTAD to expand and promote the digital economy, especially in low and middle-income countries. 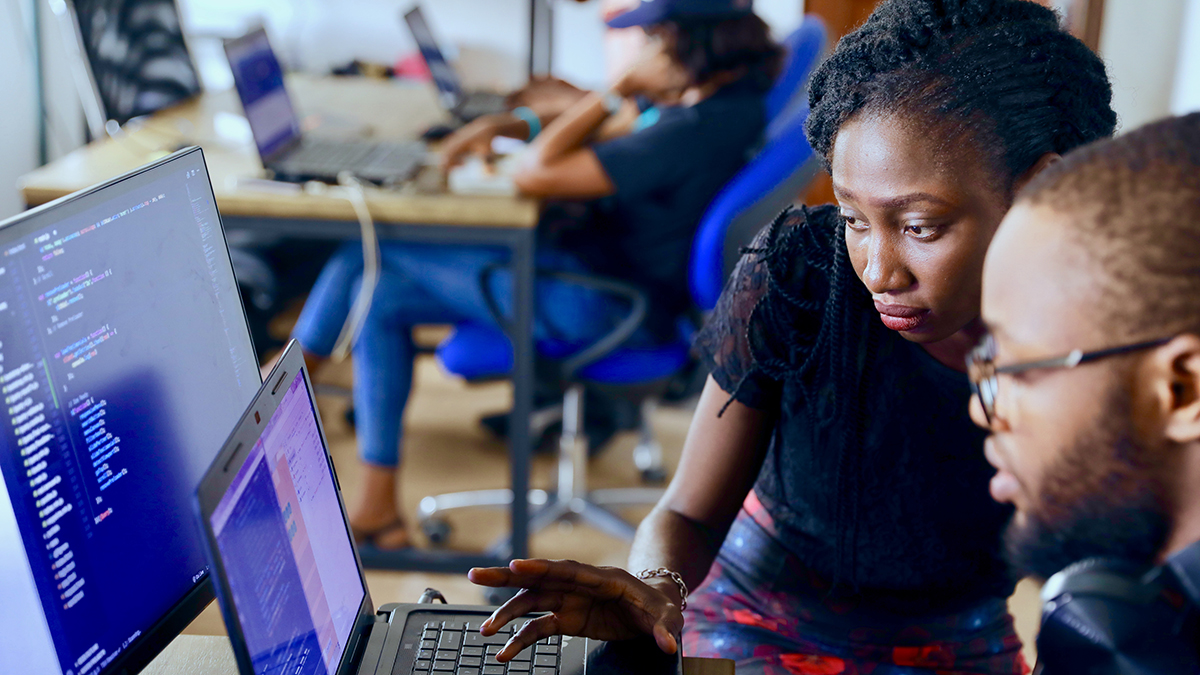 Coding together. © Photo by Lagos Techie on Unsplash

Pierangela Sierra set up an e-commerce platform in Ecuador called Tipti to make shopping easier but also to save people time.

Ms. Sierra spent the better part of her career working for prominent international corporations across Latin America, becoming a renowned marketing expert. A few years ago, she decided to retire from the corporate world to embark on a ground-breaking venture alongside her partner. Together, they hatched a plan that would give them back what they lacked the most, despite their successful careers: time.

In 2019, 1.5 billion people, or approximately 27% of the world’s adult population, made purchases online, according to UNCTAD.

The overall number is increasing annually and is expected to grow further as a result of the COVID-19 pandemic. However, the proportion of people using e-commerce in low- and middle-income countries is much lower compared to high-income nations. For example, in countries like Switzerland, more than half of the population use these services, while only 2% do in developing nations.

Latin America and the Caribbean makes up 9% of the world’s population over the age of 15. Although 346 million people have access to the internet, only 20% made online purchases in 2019 placing the region only above Africa in the UNCTAD e-commerce index.

Lack of trust in postal services, as well as barriers to obtaining a digital payment-enabled bank account, are among the top reasons why the Latin-American continent is not buying into global e-commerce.

According to Pierangela Sierra, a lack of education and access to technology also pose considerable obstacles, particularly among low-income populations.

“When you begin to understand where the sweet spot for potential new businesses lies, you realize it’s in e-commerce, biotech, and everything related to technology. There is a great need for access to education in all these areas, particularly so for women.”

“I remember that we did the math in 2015, and I had been away from my home for 48 weeks that year. So, I was practically just there over Christmas, like a guest in my own home. We couldn't spend time together as a couple or as a family,” confides Tipti’s founder.

"They always tell you ‘oh you’re a bad driver’, or ‘you’re no good at using a computer’. In the tech industry, similar myths that target women proliferate and sometimes, we even come to believe them ourselves and we might feel like we are incapable. We feel that if we do not study something related to technology, that we will not have anything to contribute to this field, and that is absolutely not true. The competencies that you may have in terms of drive, strategy, or leadership can place you — as it is in my case — at the helm of a functional team and company”.

According to data from UN Women, currently, only 45% of women worldwide have access to the internet, while most mobile phones are in the hands of men. Furthermore, while girls around the world tend to outperform boys in reading and writing, they are still underrepresented among the top performers for science, technology, engineering and mathematics (STEM).

Moreover, women represent less than 10% of the people who work on the design and prototyping of tech products, reveals UNESCO.

Tipti’s founder firmly believes that for women to break into the tech sector, they must mobilize their entire community to create a positive and lasting economic impact on society at large.

“Women always seek to educate the next generation: be it children, nephews, a sister, or a fellow mother... For each woman you support, the multiplier effect always amplifies the impact exponentially. The moment you lend a woman a helping hand, you are helping up to 20 other people, too,” she explains.

The tech entrepreneur, who held leadership positions in companies such as Coca-Cola and Colgate, told UN News that her drive and determination have been her defining characteristics throughout her career.  That is why she has always been motivated to uplift and support fellow women.

"While it is true that it is quite a feat to secure oneself a place at the top table, this also hinges on our own ability to believe in ourselves," she highlights.

As part of the UNCTAD programme, Pierangela Sierra will deliver a Masterclass at the end of 2021, geared towards women who are ready to craft their own business plan for the tech sector.

The goal is to identify and train women leaders from the tech sector and across the continent, who can, in turn, positively impact other women within their own countries and communities. The multiplier effect would ensure an increase in women-led businesses and ventures, explains Ms. Sierra. Ultimately, promising projects would be pitched to investors.

Tipti, the couple’s brainchild, is short for “Tiempo para Ti” (Time for you). The integrated mobile and web platform for grocery shopping and delivery is now the fastest-growing e-commerce company in Ecuador.

“We witnessed the birth of other e-commerce platforms as we began to hatch our business plan. This is how Tipti was born, with the idea that giving the gift of time back to ourselves, as a couple and as a family, as well as to our clients, was the most valuable thing we could offer”.

For Pierangela Sierra, the single biggest mistake she made as an entrepreneur was not having done it before.

“For me, entrepreneurship is about freedom. The drive for that freedom, that balance that we often seek as women, emanates from our passion, from our dreams; but mainly from being able to contribute enthusiastically towards building a better future”.

The founder of Tipti highlights that the most important thing for women is to learn to believe in themselves and in their dreams.

"And that would be my message to all the people who doubt themselves: find the inspiration within yourselves to launch your own business and let that force drive you towards freedom and making your dreams come true”.

This story was originally published on the United Nations website. 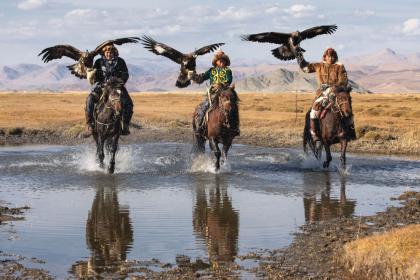 UNCTAD partners with DHL to empower women in e-commerce 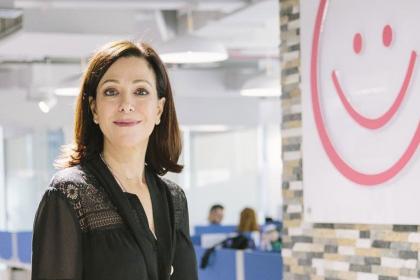