UNCTAD15: COVID-19 must be the inequality ‘game changer’

The pandemic has heightened attention to the gaping divides between and within societies, offering an opportunity to change course and move from rhetoric to action, world leaders say at ministerial conference. 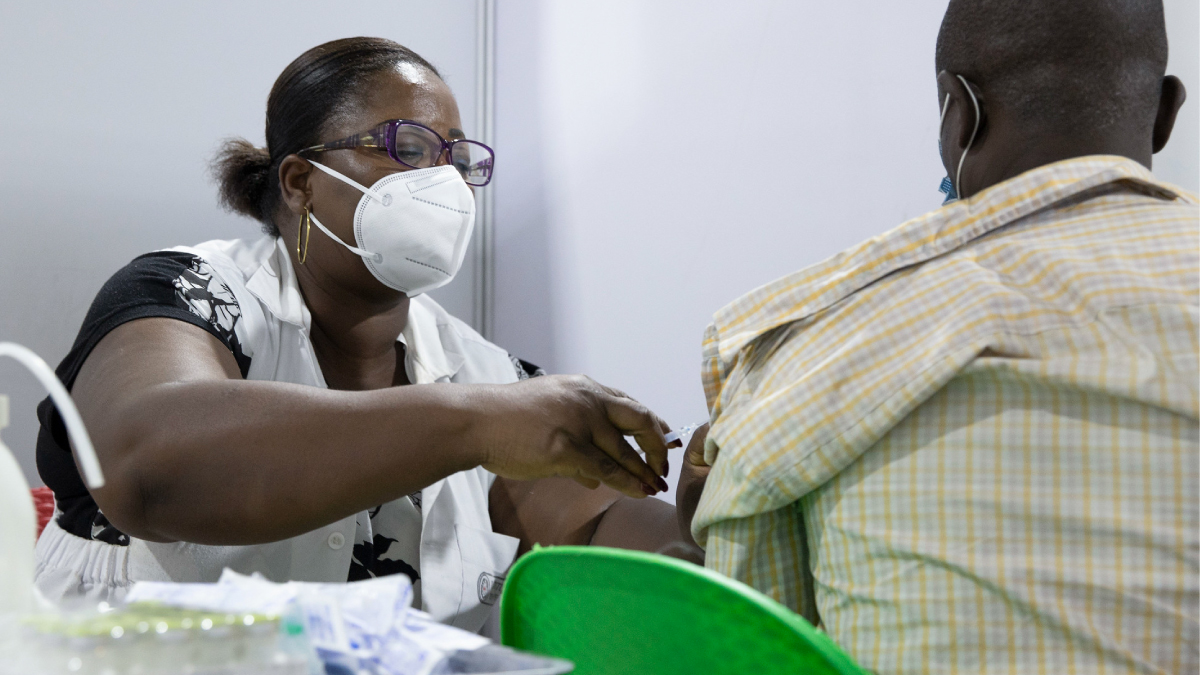 By laying bare the shocking social and economic injustices the world has tolerated for too long, the COVID-19 pandemic could be “a game changer” in the fight against inequalities, world leaders said on 5 October at UNCTAD’s 15th ministerial conference (UNCTAD15).

But only if the crisis leads to renewed solidarity among nations, panellists of UNCTAD15’s second World Leaders Summit dialogue warned, saying that so far recovery efforts have failed to live up to promises of collective action.

For example, more than 75% of all COVID-19 vaccines produced to date have gone to high and upper-middle-income countries, with low-income countries receiving less than 1%. And more than 80% of recovery investment is being spent in developed countries.

“It’s clear that such divergent trajectories, if not urgently corrected, will leave hundreds of millions of people out in the cold,” UNCTAD Deputy Secretary-General Isabelle Durant said as she opened the event, which brought together heads of state, UN agencies, investment banks and NGOs to discuss what’s needed to move from rhetoric to action.

She called for the recognition of COVID-19 vaccines as a public good, urging those in attendance to support UN Secretary-General António Guterres’s call for a global vaccination plan to reach 40% of people worldwide by the end of this year and 70% in the first half of 2022.

Such a plan, Ms. Bachelet said, would require developed countries to share “the benefits of scientific progress” and allow flexibilities in trade agreements.

Oxfam International head Gabriela Bucher agreed that vaccine equity was the first urgent step to be taken on a journey towards a more inclusive recovery.

“Nothing is more urgent than breaking the monopolies that are restricting vaccine supply,” Ms. Bucher said. “That’s how we end this deadly pandemic.”

To help boost supply, she called for waving intellectual property rules on COVID-19 vaccines at the World Trade Organization and urged pharmaceutical companies manufacturing the shots to transfer the needed technology to other qualified producers through the World Health Organization.

Service people instead of debt

In addition to waiving intellectual property rights, speakers urged wealthy G20 economies to extend their Debt Service Suspension Initiative into next year and make it available to all nations that need it.

These could include middle-income countries – a category that comprises many small island developing states, including Barbados, the host of UNCTAD15.

As of mid-2021, over half of the world's poorest countries were in external debt distress, or at risk of it, according to the World Bank. This refers to when a country is unable to fulfill its financial obligations and debt restructuring is required.

Ms. Mottley called for a fundamental rethink of the international financial architecture, warning that many developing countries won’t be able to recover from the pandemic unless some of the pressure of debt servicing is eased.

If nothing is done, she said, “we’re going to see, literally, a cementing of people back into poverty at the very time that we were expecting to see movement towards the sustainable development goals.”